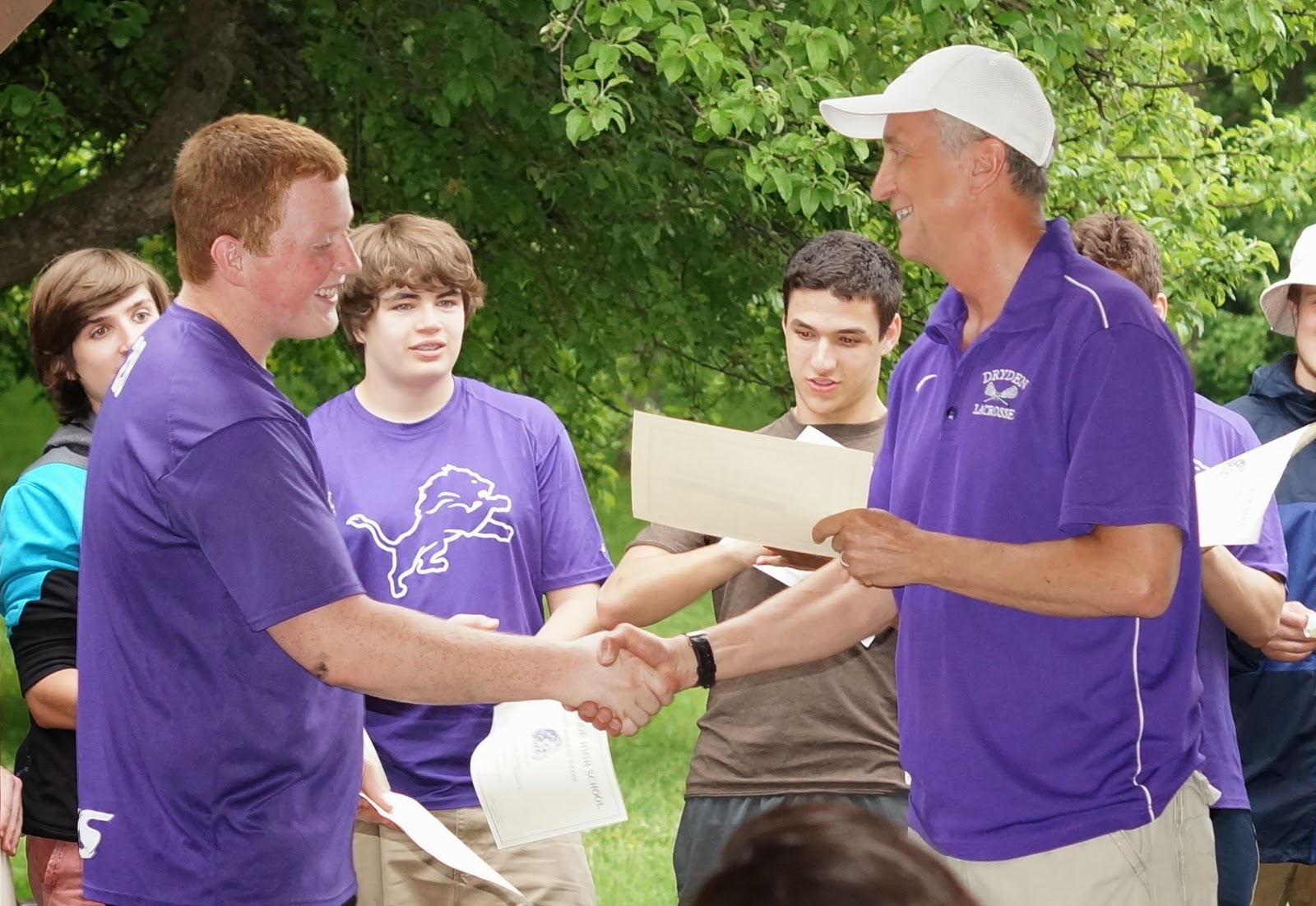 Starting with our first year of Varsity Lacrosse in 2007 "The Christofferson Boys Lacrosse Award" has been presented annually to the player who represents hard work and dedication and is a model for other players on the team. This years winner is Connor O'Brien. Congratulations Connor!
Past Winners are:
2007 Marty Christofferson Jr.
2008 Dana Christofferson
2009 Dana Christofferson
2010 Jimmy Dowdall
2011 Josh Moshier
2012 Dakota Jackson
2013 Ross Cole
Posted by Lance Cole at 9:54 PM

Award in the varsity school at the London was so much excited to have received the award and happy all the members and teachers. Dedications that are resituating to represent of the best dissertations at the award ceremony for the award winners are teachers.

Here is the all information of previous winners now I am talking about the recent winner. Dryden lacrosse is the new winner of this game assignment service says that this was the best game for me I ever saw in my whole life.

If you are looking for theBiology Assignment Help, you can get here with 100% satisfaction and affordable prices.

Beautiful! This was an extremely awesome post. Much obliged to you for giving these details.research proposal. assignment helps

Management accounting assignment helpis the process where a student hires thetutorshelp.com to complete their Final Year Entrepreneurship Assignment help
Project (FYP) or Engineering Assignment. The Staff at thetutorshelp.com is highly skilled in their domain; So this is the main reason for our success, The Tutors Help have a successful idea and a successful team which make us a successful Matlab Final Year Project Provider Service is this a final year project for a chemical engineering university assignment; Our services are a must for every engineering student.

Another thing is that we have some of the most educated and most experienced professionals in the Tutors Help in the Matlab Final Year Project Support Service, working for The Tutors Help Assignment Service, who provide or offer assignments to college students working on Matlab Assignment Help we do.

All the experts in our The Tutors Help Service are accredited personalities. All the Members of the team have Knowledgeable or gained a lot of recognition in their working and educational life. All professionals have a great and commanding skill to understand the requirements of the students.