A look back at 9 years (10 seaosns) of Dryden Lacrosse 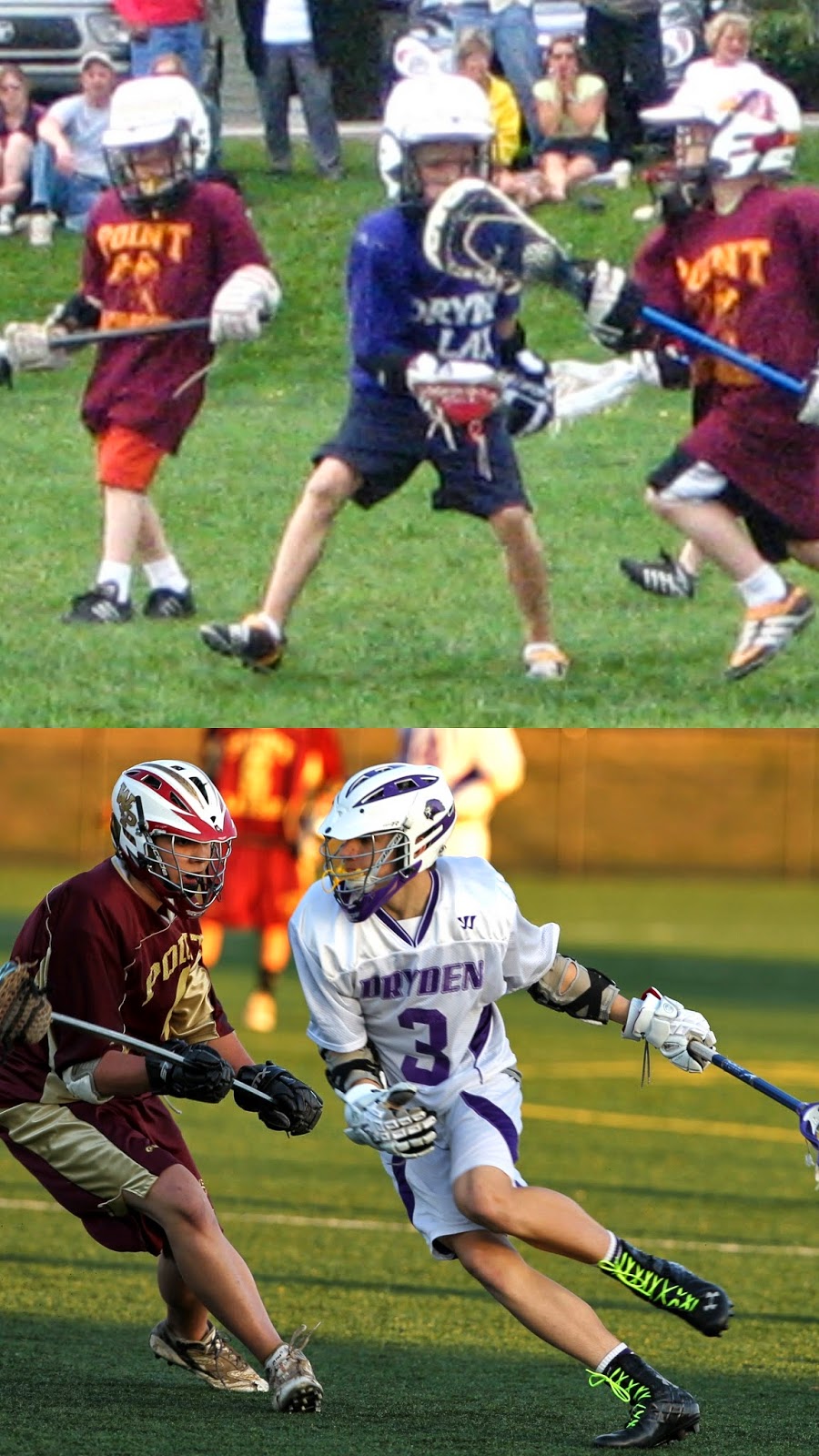 Many years ago on Sunday May 15, 2005 a group of 3rd and 4th graders in purple mesh jerseys with DRYDEN LAX across their chest played their very first lacrosse game on Keibel Rd in Whitney Point. Tonight, just 6 days shy of 9 years from that first game those 3rd graders from 2005 will play their last lacrosse game for Dryden against Whitney Point.  Talk about coming full circle. (I really didn’t have that first game’s date memorized, the exif data in the digital photo from that day showed the date it was taken J )
Here comes that bittersweet feeling again.   The third and final season of Ross’ senior year is coming to an end.  As each of the other two seasons ended there were mixed emotions headed into senior nights.  A feeling of joy and happiness for Ross and his senior teammates for all their hard earned accomplishments.  A feeling of great pride for his work ethic, sportsmanship and leadership and then more joy for the relationships we had gained with coaches, other families at Dryden and with those from other schools that he played club sports with and finally that empty feeling knowing I’d soon be watching his last game.
Those feelings have been swirling around in my head a lot recently, especially on my 70 minute commute each morning and afternoon.  It wasn’t a pretty sight the other night as I scrolled though thousands of photos (so glad I took up photography as hobby and thankful to Darl Zehr for all his advice over the last few years) looking for those special moments for each of this year’s seniors.  Let’s just say there were tears.  It seems the feelings are now magnified.  Partially because this is it, a major part of Ross’s 4 years at Dryden High School is coming to an end, there’s no more next season.  But mostly because it’s lacrosse.  The sport I excelled at in high school, played in college. When we moved to Dryden in the early 90’s there was no lacrosse and I had no idea that I’d ever have a chance to teach it to my son one day.  As many know, being a lacrosse family in Dryden isn’t like being involved in any other sport played at DCS.  Lacrosse requires parent and family involvement to keep it going.  During the season we fundraise to pay for referees and coaches, keep the scorebook, run the scoreboard, do announcements and help set up the field to name a few things.  It seems like it was a never ending process but I wouldn’t have changed a thing.  The reward for all that hard work will be seeing Dryden Lacrosse’s 8th Varsity Senior Class cap their careers tonight under the lights.  This is the 10th season Ross, Joe, Howie and Griffin have been playing together.  Dan and Jake joined lacrosse later in their high school careers and Troy has been with them all for several years as the team’s manager.  I’m very proud of them all.  And I’m proud of what Dryden
Even though we don’t want it to end, Kathleen and I couldn’t have asked for a better senior year of sports for Ross.  He has arguably had his best individual performances in all three sports this year.  To be a three sport athlete these days is very rare. To be a leader on each team (Captain in all 3 sports this year) and a key contributor on the fields and court is something special.  Thanks for the memories Bud, we couldn’t be more proud.
Posted by Lance Cole at 10:28 AM