Dardia ties record for most goals in a season

Erik finished 3 goals shy of 100 for his career (4 years).  Joseph DeLucia ended at 96 for his career (3 years).   Matt Federation and Jordan Zehr are at 70 and 68 respectively for only their junior and senior seasons. They also played Varsity in their Freshman and Sophomore years.

The score books prior to 2012 are not available.  We only have team win/loss records, goals scored and goals against.  There is a good chance that Matt and Jordan are close to 100 when adding in their freshman and sophomore seasons.    Prior to 2012 when the team set the record for goals scored  at 137 (The 2013 team holds the record for most goals scored at 161) the highest goals scored was 87.  Using percentages of goals the leaders have scored in the last 4 years it is unlikely that anyone scored over 30 in 2007 through 2011.

2015 Section IV Lacrosse Division 3 All-League teams have been announced - Dryden Lacrosse had 5 on the first team and 1 one the second.

Erik and Ty are repeat selections.  Erik was on the Second team as a sophomore in 2013 and also on the first team in 2014.  Ty was also a first team selection in 2014.

Congratulations to the selections and the team.  The team finished at 6-10 this season (second most wins in a season behind 7 in 2013) and advanced the sectionals for the second time in our short 9 year history. 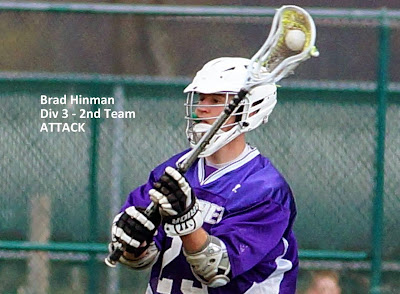 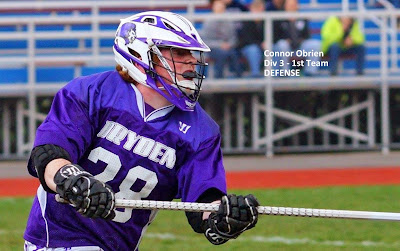 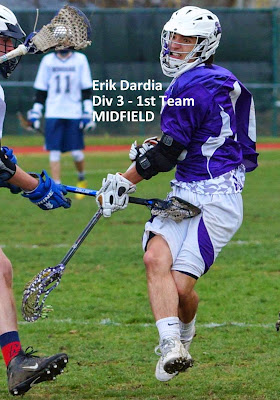 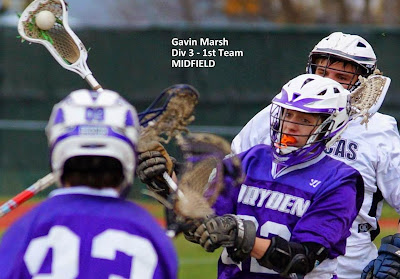 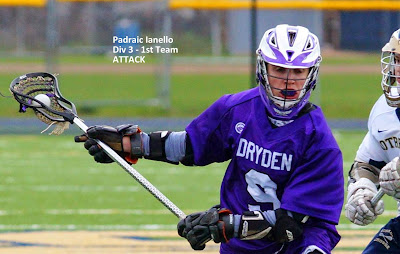 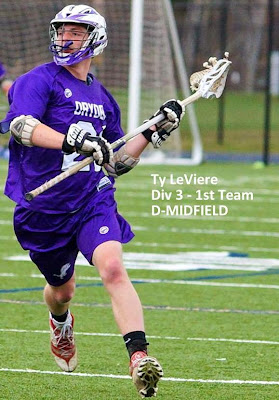 Posted by Lance Cole at 3:47 PM No comments:

Lions sweep Eagles for the first time since 2010 - only second time in Dryden Lax History - Footage of the winning goal -
Posted by Lance Cole at 8:28 AM No comments: