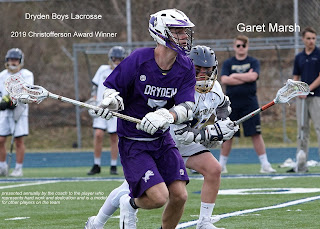 Starting with our first year of Varsity Lacrosse in 2007 "The Christofferson Boys Lacrosse Award" has been presented annually by the coach to the player who represents hard work and dedication and is a model for other players on the team. Without the hard work and dedication that Marty and Marianne Christofferson gave to the program for years, we would not be where we are today. We are proud to announce that Garet Marsh is the 2019 winner of the award. 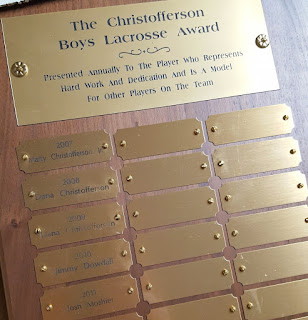